Conscious Discipline with Infants and Toddlers- Is it possible? 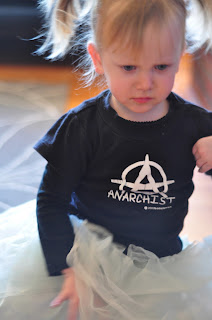 Yes, but it is all about foundation in the early years. Setting a strong foundation and creating the necessary scaffolding is an essential part of conscious discipline. What is scaffolding? Scaffolding is creating links in a child’s brain to help him or her learn new and more difficult ideas/ practices.

A key component of conscious discipline is not about changing others, but ourselves. We can’t expect our children/students to change until we can first make the changes in ourselves first. This is true for all ages including infants and toddlers. In the younger years much of conscious discipline relates to how we maintain ourselves and how we interact with children. Over the next several months I will be going through the Conscious Discipline book chapter by chapter and sharing how we can relate these principles to our youngest loved ones. Each chapter has many principles and I look forward to sharing one with you each week! These principles are from the Conscious Discipline book by Becky Bailey.

Be the person you want your children to become. No one can make you angry without your permission. Our brains operate best in a safe environment.

Principle 1: Composure is self control in action.

Composure is all about self control. As adults we need to be aware of our own thoughts and feelings. This is how we learn to teach based off of self control versus control through frustration or anger in the moment. Composure is a choice we make. Whether we realize it or not, we decide to get frustrated or to stay calm. Our ability to see this, and control our decision to stay composed, is the first application that we can learn from conscious discipline for our home and classroom.

As a parent, I remember many times that I would let a situation control my mind and my actions. I would let frustration take over instead of being aware of my feelings and learning self control. Moments when my kids would cry for lengthy times and I too felt like crying. But by learning self composure, we can stop ourselves from being out of control and lead our children by example. It is a never ending learning process that can help us become better teachers and parents. When my emotions are out of control my little ones reflect that. It takes time, but when I am in control of myself, I see that reflecting in my children as well.

Learning self discipline and self control is essential and the prerequisite to disciplining. Without being able to control yourself, you can not expect your children to learn to either.

I leave you this week with a challenge to learn self control. You are in charge of how how you react to each situation. Stop and listen to how you are reacting to things in your life and make a decision to act the way you should, instead of how you feel in the moment.

Creepy, crawly and oooh, so fun!

We have long since wanted to have more voices on this blog, especially those at TLS Duke. Enter the great and powerfully talented Kimberly. A beloved teacher in the Butterfly room, Kimberly is also a mother and the amazing artist behind the TLS @ Duke’s bubble mural and t-shirts. She is now adding her voice to our community blog. I hope you enjoy her presence as much as I do. --- Jessica 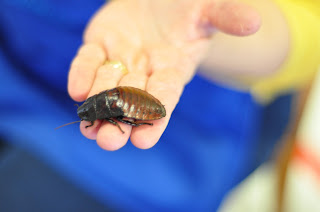 Creepy crawlers, slithering snakes, and croaking toads joined the Bears classroom this Friday. A Friday the children will not soon forget.

Miss Stacy from the North Carolina Museum of Natural Sciences visited the classroom. Mrs. Katie asked the class to “show me your bubble,” and they did just that! With their arms raised above their head, they made sure they were spaced out and ready for an awesome experience.

An exoskeleton is an external skeleton that helps protect the animal’s body. Astrid shared with the class that a snail has an exoskeleton on his back. Jake mentioned another example, a beetle. With that, Miss Stacy uncovered the first creepy crawler, a Madagascar Hissing Cockroach.

These cockroaches are from Madagascar an island off the coast of Africa. Madagascar hissing cockroaches have things called spiracles. These are used to make the hissing sound we all heard. They blow air through the spiracles to produce the sound they are so aptly named after. We learned that only male cockroaches have knots on their heads to wrestle with other males. We also learned that cockroaches favorite things to eat are dead things. They love decaying trees and plants. Jacob said that Hyenas also love eating dead things too.

Next a creature from our very own waters was shared with us. A Crayfish, which is also known as: crawdad, crawdaddy, or a crawfish. This is a decomposer just like the cockroach. The crayfish has a neat trick. When the weather gets dry they dig in the dirt to find clay that is more moist. The dirt they displace creates a hollow tube of dirt called a hut, a crayfish house, among many other names. Callum shared with the class that like a lobster a crayfish is a crustacean. 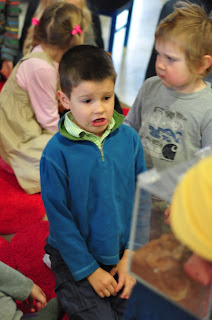 Talk about creepy, our next creature got squeals of delight and eeks of disgust. While we couldn’t touch it, we got to see a Rosehead Tarantula. Miss Stacy explained to us that a tarantula is an arachnid. Jake stated this is because of its eight legs. Also Conrad let us know that this arachnid has venom it uses to help eat other animals. This sounded kind of scary but Jacob insured us that bugs are very important to the earth.

The next thing we met was a toad. Did you know that in NC alone we have 25 species of frogs and toads. They are all categorized by their call. The children were very entertained when they got to hear several of the different sounds that different frogs and toads could make. We couldn’t touch the toad because toads have very sensitive skin. Here are some interesting differences between toads and frogs. Toads have bumpy skin while frogs have smooth skin. Also, toads have short legs for hopping and frogs have long legs for leaping.

Miss Stacy saved the best for last! She brought in a beautiful Andean Milk Snake. Illaria shared with the class that snakes have so many vertebrae because it helps them slither. Snakes are reptiles and their skin is made up of scales. We also learned that snakes are carnivores. Katie shared with us that carnivore means an animals that likes to eat meat. Do you know the story behind this snake’s name? Originally farmers thought that the snake snuck into their barns at night to steal milk. But in actuality, the snake comes in to hunt rodents.

What fun we had today and what insightful kids we have here at The Little School. Thank you so much to the Bear Class for letting me join in this fantastic learning opportunity. You were such great hosts. -----Kimberly Macenko
Posted by Webmaster at 8:42 AM No comments: